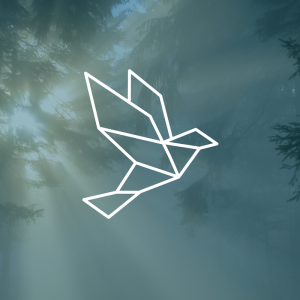 We begin a new series looking at new ideas that were the result of the gift of the Holy Spirit at Pentecost. This week we begin with a look at one of the most dramatic new heart “transplants” in the Bible – Saul becomes Paul! Join us for Scattered Together, but, more importantly, let’s join together in a search for God’s new starts in the summer months of 2020.

Join us on Sundays at 11am for Scattered Together. Watch, chat, worship, and pray together. belvoirparish.co.uk/live

Zoom After the Service

The Blinding of Saul

9 1-2 All this time Saul was breathing down the necks of the Master’s disciples, out for the kill. He went to the Chief Priest and got arrest warrants to take to the meeting places in Damascus so that if he found anyone there belonging to the Way, whether men or women, he could arrest them and bring them to Jerusalem.

3-4 He set off. When he got to the outskirts of Damascus, he was suddenly dazed by a blinding flash of light. As he fell to the ground, he heard a voice: “Saul, Saul, why are you out to get me?”

“I am Jesus, the One you’re hunting down. I want you to get up and enter the city. In the city you’ll be told what to do next.”

7-9 His companions stood there dumbstruck—they could hear the sound, but couldn’t see anyone—while Saul, picking himself up off the ground, found himself stone-blind. They had to take him by the hand and lead him into Damascus. He continued blind for three days. He ate nothing, drank nothing.

10 There was a disciple in Damascus by the name of Ananias. The Master spoke to him in a vision: “Ananias.”

11-12 “Get up and go over to Straight Avenue. Ask at the house of Judas for a man from Tarsus. His name is Saul. He’s there praying. He has just had a dream in which he saw a man named Ananias enter the house and lay hands on him so he could see again.”

13-14 Ananias protested, “Master, you can’t be serious. Everybody’s talking about this man and the terrible things he’s been doing, his reign of terror against your people in Jerusalem! And now he’s shown up here with papers from the Chief Priest that give him license to do the same to us.”

15-16 But the Master said, “Don’t argue. Go! I have picked him as my personal representative to non-Jews and kings and Jews. And now I’m about to show him what he’s in for—the hard suffering that goes with this job.”

17-19 So Ananias went and found the house, placed his hands on blind Saul, and said, “Brother Saul, the Master sent me, the same Jesus you saw on your way here. He sent me so you could see again and be filled with the Holy Spirit.” No sooner were the words out of his mouth than something like scales fell from Saul’s eyes—he could see again! He got to his feet, was baptized, and sat down with them to a hearty meal.