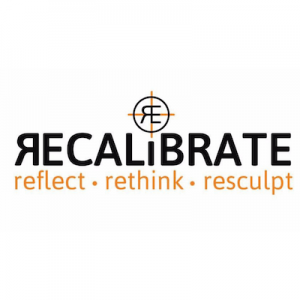 Once upon a time…about 700 years before Christ, the nation of Israel suffered an invasion from a neighbouring nation called Assyria. Over the next 150 years this invasion was repeated twice more by even bigger more powerful nations/empires. These decades of conflict brought the destruction of Jerusalem, the temple, the economic infrastructure, the agriculture, the pillaging of wealth and ultimately the deportation of skill, energy and youth. About seventy years after this deportation, thawing of hostilities led to a warming of new possibilities. In this time frame you will find Daniel and the lions’ den, Meshach, Shadrach, Abednego and Queen Esther. The Jewish exiles are now in a bit of a lockdown and a small minority in the Persian Empire (which stretched from Greece to the borders of India, Russia and Egypt).

We pick up the story in the Old Testament book of Ezra around 530 BC. Ezra is given permission to leave exile, restrictions were being lifted, and return to Jerusalem to start work on the temple (Ezra 2). Five years on a second wave of restriction is lifted, and they begin to re-shape their culture and religious festivals. The next phase includes the re-development of their agriculture with new plantations and plant species being brought in to revive a collapsed system (Ezra 3). Ezra 4 tells the story of opposition and the whole renewal process goes into reverse; fear and threat reign again. Nonetheless the candle of hope continues to flicker. A few years later and we see another wave of exiles returning and the re-building continues (Nehemiah).

Some things worth noting in all of this.
There is an underlying faith story going on here. This is God’s people rebuilding God’s life here on planet earth. We too are in a faith story – an upsurge of prayer and concern is all around us. Lists of NHS staff are stuck to our fridge doors. Rainbows are on our windows. Hahahahah: exercise has become compulsory! Fear has surrounded us and driven us to changed lifestyles in ways we would never have believed possible. Good stories abound – I was disheartened this morning by a news report that we, in Northern Ireland, did not actually need the numbers of gowns and masks produced on the kitchen tables of our homes. Then someone rang in and suggested that we could send the whole lot to a less fortunate country. Now that sounds like a God-idea. The atmosphere is alive at the minute with the possibilities of faith and the incoming Kingdom. I don’t want to go back to being embarrassed about telling someone I will pray for them. I have a new-found pride in belonging to that crowd of people who deliver all the food and make all those phone calls and make all those masks.

The reconstruction also interests me – they built in the same places as before, but they were building for a new era. That historic period has become known as “Second Temple Judaism” and covered the period leading to Jesus Christ. During this period, the Old Testament was translated into Greek for the first time and became an international text. The Dead Sea Scrolls were written, re-interpreting faith and life, and new movements such as the Pharisees and the Sadducees were forming and shaping their society. The timescales were so vast that we can barely get our heads around them – things moved slower in those days. Nonetheless…could we grab an opportunity and build for a new era rather than a return to the past? There will not be a moment when church services will suddenly be available again. But we could try to build within the government guidelines as they develop, taking every opportunity to shape and re-shape in every way possible. Some of you can remember living in post-bomb Belvoir in caravans and shipping containers, meeting in community buildings and in the open-air. Let’s capture that same spirit of innovation and apply it to parish life, not just services of worship. Remember a church is not a meeting or a service. Church is something we are, and with a joint purpose and a reason. There may be lots we can be and do long before we ever gather again.

They built for the whole of life, not just for religion OR culture OR economics. They recognised the interlocking nature of human existence and went for the whole caboodle. Virus-free food banks? Crowded airports and poisoned airspace? Re-opened operating theatres with 18 month waiting lists? Churches open for those who like that kind of thing? I listened to a podcast yesterday where a Lutheran minister called Nadia Bolz-Weber suggested that we need to re-calibrate. Recalibrate? When a ship is blown off course by a storm the navigator eventually has to recalibrate from some new landmarks so that a new course can be plotted. What might be the new landmarks of the church?

How about reflecting on recalibrating our personal landmarks. I would suggest a new (or, maybe, very old) set of landmarks –
My relationship with the Jesus of the gospels. I have just finished reading “Simply Jesus” – it is like a bomb has gone off in my head.
My commitment to promoting the Kingdom of God through my work, leisure, finance and family – a re-appreciation of the tapestry that is life.
My street, my new-found neighbours, and my place in the human race – local and global.